World Children’s Day is celebrated annually on 1st of October in order to highlight child welfare, protecting childrens’ rights, to live with harmony among ethnicities and religions for the benefit of the children everywhere.

“best is for our children” has been a paramount concept throughout our culture where we as Sri Lankans always wants a better future for our next generation.

In order to commemorate the World Children’s Day this year and to paint the world of kids with beautiful colors, NSB joined with Security Forces Headquarters (Mullaitivu) organized the ‘Paata Karamu Lama Lokaya Art Competition 2018’ to appreciate the children in Mullaitivu district who excel in painting.

The art competition was initiated by Brigadier KJ Jayaweera the General Officer Commanding of the 64 Division upon the instructions by Major General RWWAW Rajaguru the Commander of Security Forces Headquarters (Mullaitivu) under the theme ‘Paata Karamu Lama Lokaya’ (Let’s color the world of kids) in 5 age categories. The final competition and the prize giving ceremony took place at Oddusudan Maha Vidyalaya on 30th September 2018 where NSB sponsored for the event where Major General RWWAW Rajaguru graced the occasion as the chief gust with the presence of Mr. Tiran Gomis the Assistant General Manager (NSB) as the Guest of Honor and Ms. Dulakshi Perera the Senior Manager Marketing (NSB), the NSB Branch Manager (Mullaitivu), Government officials and other special invitees.

The first round of the Paata Paata Hapankam 2018 was held as a school level competition where students in following five age categories; Grade 1 – 2, Grade 3 – 4 – 5, Grade 6 – 7 – 8, Grade 9 – 10 – 11 and Grade 12 – 13 thus more than 1,200 students from 62 schools forwarded their paintings which exhibits the enthusiasm of children in Mullaitivu to show case their talents in painting. Lecturers from the Faculty of Arts of University of Colombo selected 200 winners of the initial round hence they were invited for the final competition.

NSB with Security Forces Headquarters (Mullaitivu) was able to create history at Mullaitivu where this was the first time any organization has organized such art competition for the children in this war affected area which is a perfect example to the commitment shown by Sri Lanka Army towards building livelihood of people in these areas.

National Savings Bank has been the leader in saving and thrift for the last 46 years in transforming Sri Lankans to be educated in financial literacy, skill and knowledge. This art competition is organized as one of the many activities initiated by NSB for this years’ World Children’s Day where it’ll uplift the talents of children in Mullaitivu and will give them the self-belief needed to be victorious in tomorrow. 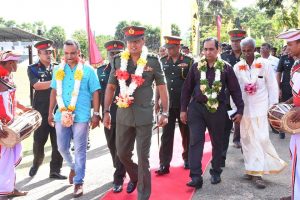 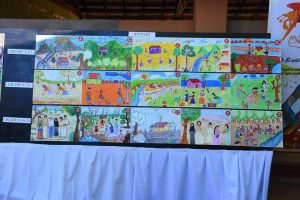 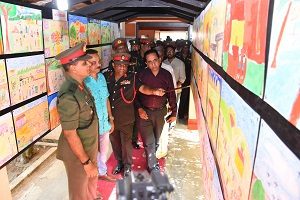 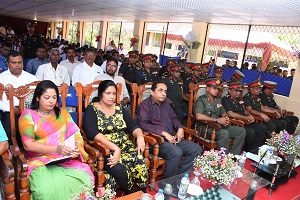 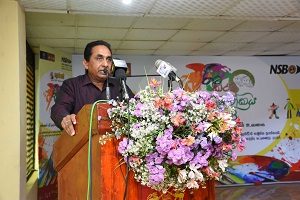 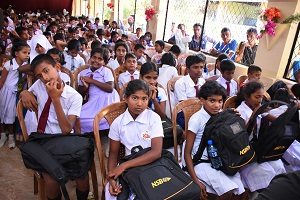