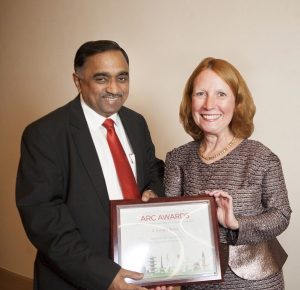 “The Unique Story: The Impression” – Annual Report 2017 of the National Savings Bank was awarded the following four main prestigious accolades at the 32nd International ARC Awards- 2018 which was held in Hamburg, Germany on 11th October, 2018:

The International ARC Awards is the “Academy Awards of Annual Reports”, according to the financial media. The Awards are globally recognized, providing a platform for the highest standards in the annual report industry. It is the world’s largest international competition honoring excellence in annual reports. The competition is open to corporations, small companies, government agencies, non-profit organizations and associations, as well as agencies and individuals involved in producing annual reports. Winning an ARC award is one of the leading accolades in the Integrated Reporting journey.

The Annual Reports were evaluated against established criteria on the ability of these reports to effectively communicate organizational objectives, highlights, performance to an intended audience.

There were 34 countries who participated in the annual report award competition and 2,199 entities have submitted their annual reports in 2017.

The Bank is of the view that its Integrated Annual Report is not merely about its numbers and financials but also a story behind those numbers and the journey towards its destination and international recognition. These awards encourage the Bank’s motive of developing accurate and effective communication between and its stake holders.