NSB Continued the Momentum during 1Q2021

Gross Income of the Bank grew by 5.9% to Rs. 33.0bn during the first quarter of the year from Rs. 31.2bn recorded in the corresponding period last year. During the period under review, the interest income increased only by 2.9% to reach Rs. 32.0bn, while the interest expense has decreased by 20.6% to Rs. 18.6bn due to the reduction in deposit interest rates induced by a policy decision of the regulator. The increase in interest income together with the considerable reduction in interest expense supported Net Interest Income to surge by 75.0% to Rs. 13.4bn against Rs. 7.7bn stood during the same period last year. Consequently, Net Interest Margin clocked in 3.87% at the end of first three months of 2021, higher against the 2.63% as at the same period last year.

Net Fee and commission income grew by 191% to Rs. 798.0mn from LKR 274.0mn mainly driven by the increase in fee and commission income due to conversion/renewal of existing loans at reduced interest rates coupled with fees generated through digital platforms to which the customers shifted under social distancing and health guidelines, and increased foreign remittances. Net gains/ losses from trading witnessed a profit of Rs.31.4Mn during the first three months of 2021, rising by 107.6%, against the loss of Rs. 411.4mn reported in the same period last year.

Increase of both Net Interest Income and Non-Interest Income led the operating Income to record a rise of 86.2% to Rs. 14.4Bn during the first quarter of the year.

Operating expenses during the period of first three months of 2021, rose by 23.2% to Rs. 4.8bn compared with the corresponding period of the previous year. The same is mainly attributable to the increased personnel expenses owing to provisions made for the collective agreement due in 2021 and overhead expenses following the operating activities returning to normalcy during the first three months in 2021. Meanwhile, the Bank’s cost to income ratio excluding taxes decreased to 33.3% at the end of March 2021 compared to 50.2% recorded in the corresponding period previous year owing to the substantial increase in the income in comparison to the expenses.

However, the impairment charges for the period stood at a reversal of Rs. 455.3mn at the end of first quarter of 2021 compared to the higher impairment provision of Rs.274.7mn during the corresponding period in 2020. The higher provision had been made during 2020 as an adverse impact was expected on the credit quality triggered by the uncertainty arising from Covid-19. However, improvement in the Non-Performing Loan Portfolio observed from the latter part from 2020 contributed to the reversal of impairment provision.

Profit before Taxes, during the period under review, witnessed a growth of 198.2% to Rs. 8.3bn owing to the increase in Net Interest income. Consequently, Profit after Tax has also recorded a growth of 276.8% to reach Rs. 6.7 Bn in comparison to the Rs. 1.8 Bn reported in the corresponding period of the last year. The Bank generated a Return on Equity (ROE) of 49.41% and Return on Assets (ROA) of 2.41% at the end of the March 2021.

Total asset base of the Bank grew at 5.8% to Rs. 1.44 Trillion against the Rs.1.36 Trillion reported as at end of December 2020 mainly contributed by the growth in customers’ deposits (81.5% of the total assets), which increased by 5.2% to Rs. 1.3 Trillion compared to the deposit base reported at the end of December 2020. During the first quarter of the year, the Bank has mobilized Rs.65.4bn worth of deposits which recorded a 57.0% growth compared to the same period last year. The total borrowings increased by 20.9% to Rs.25.4 Bn at the end of first quarter of 2021, as the Bank has borrowed USD 35 Mn from foreign financial institutions which also contributed to the increase in the asset base.

The total loans and advances demonstrated a growth of 8.3%, triggered by personal loans as well as loans to State Owned Enterprises (SOEs) without considering the reclassification of Rs.59.4 Bn loans and advances under the “Debt Instruments”. Total Investment portfolio grew by 12.0% to Rs. 894.3Bn as at the end of March 2021 along with the reclassification of loans and advances as “Debt Instruments”. The Bank’s Gross Non-Performing Loan (NPL) ratio clocked in at 2.56% at the end of first three months of 2021 as one of the lowest in the industry, which stood at 2.79% as of December 2020.

In compliance with the direction of the Central Bank of Sri Lanka (CBSL), the capital position of the Bank remained strong and stood well above the revised minimum statutory requirements imposed by the regulator consequent to the COVID-19 pandemic. The Tier 1 Capital and Total Capital ratios stood at 13.22% and 15.88% respectively at the end of March 2021 well above the statutory requirements of 8.00% and 12.00% respectively. The leverage ratio of 6.23% too was well in excess of minimum requirement of 3.0%. 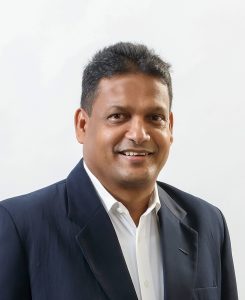