National Savings Bank (NSB) has won two Grand Awards for its 2018 Annual Report at the International ARC Awards – the world’s largest Annual Report Competition – in which the winners are selected for several categories for making awards. This year NSB has also won two Gold, one Silver and three Bronze awards.

In fact, the Bank received the said Awards at the 33rd Annual International ARC Awards – Gala ceremony held on 17 October, 2019 in Seoul, South Korea. Under this Award Scheme, 30 percent of the competitors from the total entries are selected through a multitiered evaluation process handled by over 30 distinguished judges drawn from expert professional bodies around the world.

Commenting on these accolades, NSB Chairman, Mr. Jayaraja Chandrasekera said: “Annual Report reflects ‘Our ethos … our strength’, and it highlights the Bank’s position as one of the strongest and safest financial institutions in the country. Our fifth integrated Annual Report recognizes the Bank’s commitment in fostering a healthy, sustainable, and safe savings culture for the nation.”

‘To me, these Awards affirm NSB’s strong commitment to inclusive banking for all Sri Lankans’, said the General Manager/CEO of NSB, Mr. S D N Perera. Furthermore, he said: “We owe our success to our stakeholders, including our 20.4 Million accounts, the State as the sole shareholder and the strong employee base of 4,512. The Bank’s success is reflected in our Annual Report and it is heartening to see our hard work recognized through these Awards which have been dubbed ‘the academy awards of annual reports’ by the International Financial Media.”. 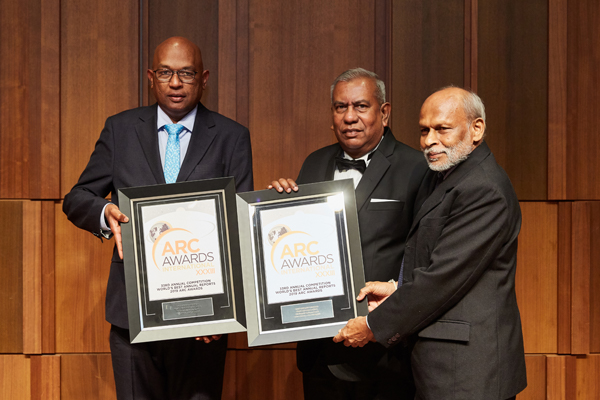